The line between reality and fiction is increasingly thin in today’s world of science and technology. Nature and its phenomena have a less and less important role as the realms of digital communication, new media, and social networks expand. Thanks to ever more sophisticated technologies and widened access, the exponential use of digital mediums is propelling a silent slide from an offline to online existence.

James Clar centers his works of art on these issues. Primarily neon and multi-media installations, his works represent the natural phenomena and invisible laws that govern our existence that we often fail or have ceased to notice.

The works by Clar simplify natural systems and create abstract and artificial representations of the human body. Iris for example, is an installation consisting of different neon tubes arranged in a circular shape, which emulate the iris of the human eye. The transmission of light in this installation mimics the muscular mechanism of the iris and how it controls the amount of light that reaches the retina.

To realize One Minute Dreamstate, a brainwave sensor was used to record the artist’s brain activity during one night of sleep. At 1:40am REM occurred, his brainwave activity increased, and he entered the dream state. This last phase was translated into a representation of colored light. What looks like a large clock is actually his brain frequency and dream activity over time.

Another notable series by Clar are the works that interpret natural phenomena, such as Rain (Reduction). Rain, which usually appears random and non-linear, is here reduced to a minimal, repeating pattern of colors and angles that suggest frames of animation. Rain Under Lamppost consists of a projector emitting a light beam, where the video is controlled through generative software that replicates the action of falling rain. This work hints at volumetric space and the interstices between virtual worlds and reality. The work simultaneously creates a calm and reflective space as viewers watch rain pass through the light from a lamppost. The viewer is asked to re-evaluate our atmospheric system and is compelled to compare reality and fiction.

Going beyond “simple meteorological phenomena,” Clar also delves into the astronomical universe and the solar system. His research into rare blue stars, for example, has provided an additional source of artistic inspiration. Blue Star is a geometric composition that explores our reality if the sun were to give off blue light. What would our environment look like? What would our plants be like? Our animals? The concave mirror at the center of the work allows the viewer to experience this fantastical ecosystem—life under blue light.

Space Is a Hologram represents arguably Clar’s quintessential work on the interference of digital worlds on reality. A strand of scientific research proposes that the universe’s information may be contained in the same way as pixels on a screen and that the natural “pixel size” of space is roughly 10 trillion times smaller than an atom. Our notions of space and form can thus be collapsed into a two-dimensional hologram. In Space Is a Hologram, the planes of light and color create the optical illusion of a three-dimensional cube. The simple visual trigger needed to jump between two- and three-dimensionality suggests to the viewer that perhaps it is not such a great leap to think of our reality in a higher dimension than the third one.

Although we could describe the works of Clar’s prolific artistic production one by one, it is most interesting to investigate the common undercurrent of his output. He not only gives visibility to phenomena and laws, but also analyzes and splits them into their essential components and reproduces them through technology. Despite employing technology as a medium, he is not an unequivocal advocate for it: technology will not be able to make us better, happier, or less independent, but it is a fact that our life is no longer possible without it.

Clar’s work replicates systems and highlights differences between worlds of fiction and reality. “Representing the invisible will allow us to expose the ideas in our mental vision and to experience them with depth.” (Cit.) Using light, neon tubes, and geometry as media, not metaphors, he manipulates materials and information in three-dimensional spaces to make things more real, more explicable, and more comprehensible for everyone.

This text is published on Or Not Magazine. 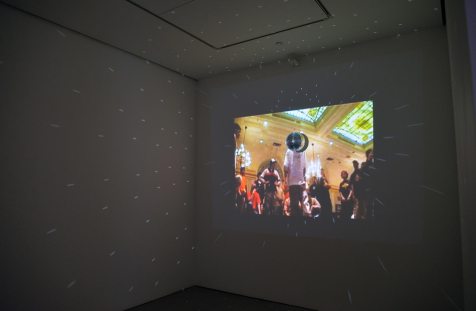 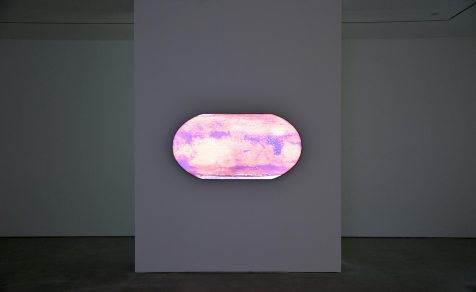 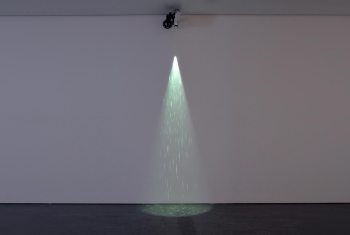 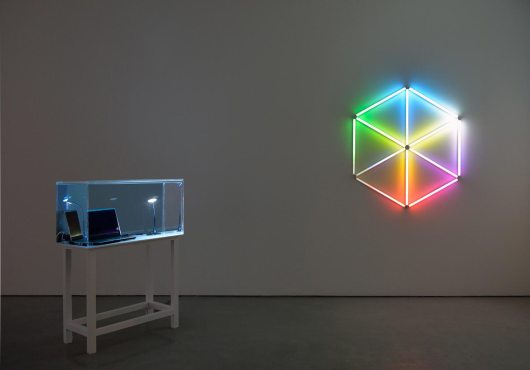 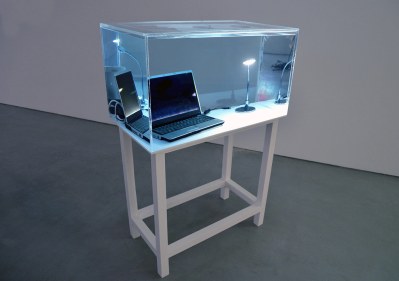 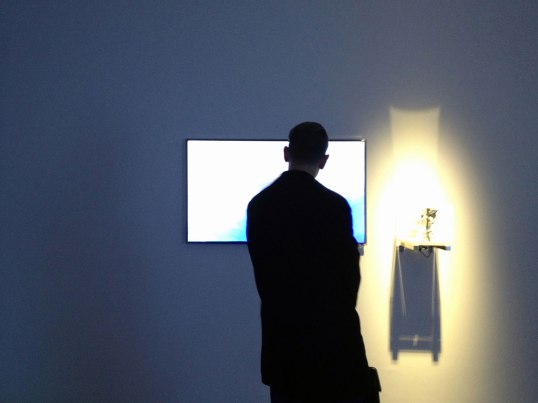