Recent & Relevant is a two-person exhibition investigating the universe of presence and absence, sculptural continuity and ephemeral existence. Through recent paintings and pertinent drawings by emerging artists Rudy Cremonini and Reuven Israel.

The title of the exhibition, Recent & Relevant, interprets deeper concepts than the true sense of the words. Recent & Relevant showcases the latest creations of Cremonini and recent works by Israel, and decodes the physical and temporal aspects that exist under the surface of both series of works. The apparent visual contrast, gives different techniques and diverse subjects, revealing a metaphysical dialogue on the existence of subjects, objects and our lives.

Cremonini’s paintings are inhabited by an atmosphere of suspended time. The subjects are almost anonymous and are not well defined due to large, thick and fast strokes. They appear as surprised, then frozen in a moment of action of their daily lives. The scenes, captured from the memory and the artist’s imagination, have a touch of the surreal. They are quite indefinable, and hide something that fascinates and attracts the viewer, who is often sucked into the stage.

On the opposite, there are the watercolor drawings by Israel: Worlds of well-defined, precise and articulated objects. Artifacts that resemble elements of mechanics, although they do not exist as such in reality. Floating objects in an imaginary space. A carousel of stars/sculptures; an unusual cosmos, yet so familiar. The temporal aspect is facing the unknown, the infinite. There is no connotation that describes a precise moment, infinity reins the works.

Recent & Relevant compares the seemingly distant and different works of both artists, and detects how the presence/absence of precise visual representations and references, stimulate in the spectator a vivid imagination and creates a unique dialogue on the ephemeral existence of the subject/object of art and life. 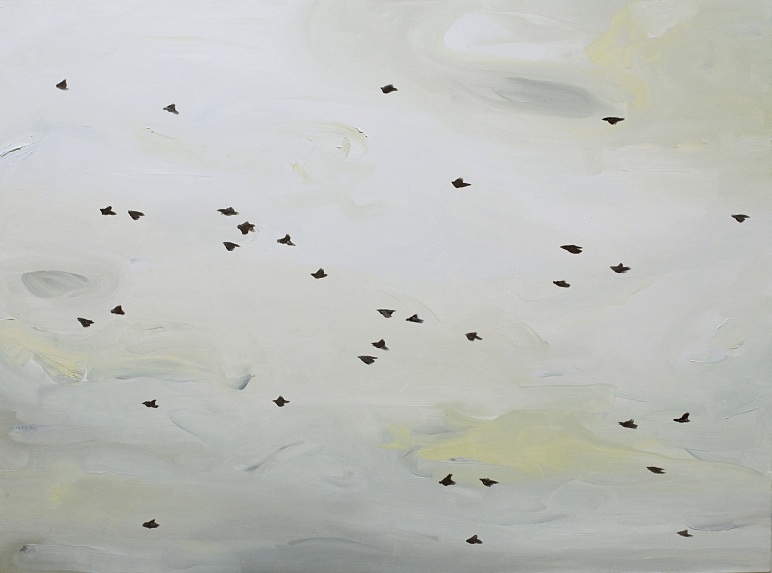 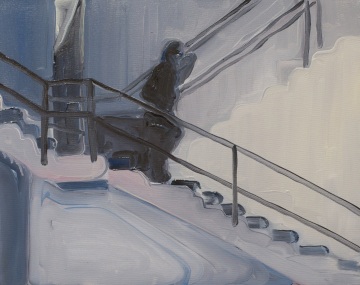 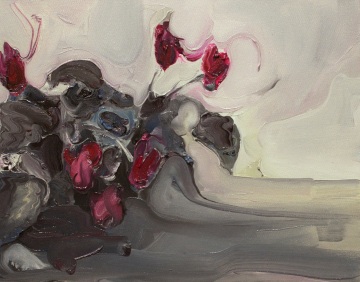 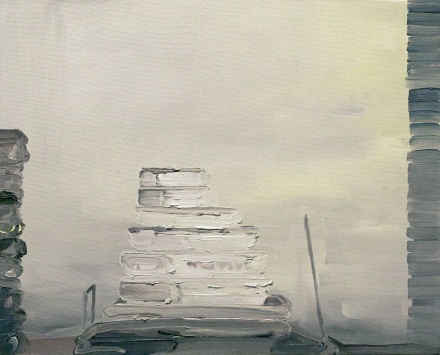 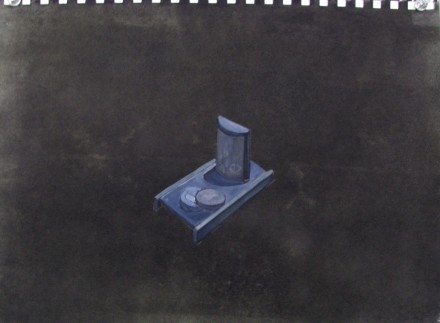 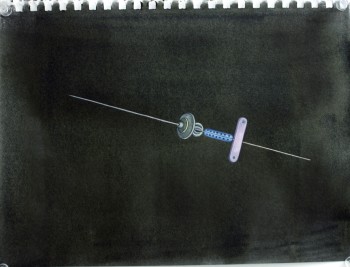 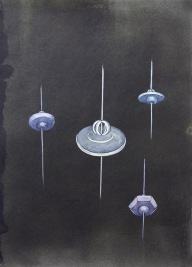 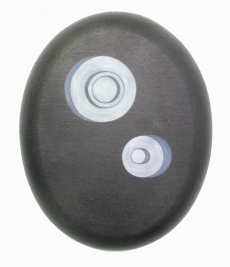