As every year, the Fontanals Cisneros Collection opens during Art Basel Miami Beach a significant exhibition dealing with art and artists from Latin America. This years’ exhibition has unique beauty and content as it investigates the global practise of art in and with Latin America. Furthermore, the exhibition is not limited to the venue in Miami, but it will travel at the end of this month to Boston to have its second huge opening at the Museum of Fine Arts, Boston, on March 19.

Featuring 61 artists from Central and South America and the Caribbean, together their works explore what it means “to be global,” when free and equal cultural exchange is still limited by the power dynamics of globalization. Permission To Be Global/Prácticas Globales focuses not only on the creation of art from Latin America, but also on its reception, locally and internationally. “Since its founding over ten years ago, CIFO has showcased Latin American art with its yearly exhibitions, promoting and representing artists from this region,” said Ella Fontanals-Cisneros, founder and president of CIFO. In a conversation with Liz Munsell, Assistant Curator of Contemporary Art & MFA Programs, we learn more about the content, process and aim of the exhibition.

SC: Liz, how did you become interested in Latin American Art?
LM: I grew up in a family that taught me this country was built by immigrants, and continues to be built by immigrants. My mother insisted I learn Spanish from a young age, and later, because I was bilingual I served as a student liaison for immigrant workers at Tufts University, where I did my undergraduate studies. In 2006 I was a Fulbright Scholar to Chile, and decided to stay and do my graduate studies in Santiago so I could continue my research in public art there.

SC: What about the topic “Permission to be Global”. You say that “equal culture exchange is still limited by the power dynamics of globalization”. Do you refer only to Latin America? Or do you think that globalization is still limiting in general? Can you make an example?
LM: Great question, thank you for asking about the title, Permission To Be Global/Prácticas Globales: Latin American Art from the Ella Fontanals-Cisneros Collection. The bilingual title attempts to note the tensions present in exhibition, in particular the act of exhibiting art from one place in an entirely different context. “Permission To Be Global” refers to how economic globalization has given U.S. institutions the impetus to diversify their collections and exhibitions practices to explore art created outside the traditional art world centers of the U.S. and Europe. The vast majority of the artists in this exhibition are international figures – they may live in a country other than where they were born, or have studied elsewhere – so they have global practices, as noted in the Spanish title. Yet economic globalization – meaning freer and easier exchange of products across borders – has not resulted in freer and easier movement of people across borders. With the title, we hope to note that we are still on the path to becoming a truly global world where free and equal exchange can happen.

The power dynamics of globalization refers to an imbalance in access to international goods and services throughout the world. For example, the west imposes its cultural values and products, like Hollywood movies, elsewhere in the world, rather than creating a climate of equal exchange in which people in the U.S. learn more about the other cultures by importing their films or art. With this exhibition, we hope provide a learning opportunity for viewers who are unfamiliar with art from Latin America, and the histories and present day concerns that contexualize it.

SC: Today “global ” is often in relation with “digital”: Internet and social networks shorten distances, technologies make artworks less physical. Can you confirm that ideas in the practice of the artists you dealt with?
LM: There are several videos in the exhibition and one new media artwork by the Mexican and Canadian artist Rafael Lozano-Hemmer. Hemmer has been working against stereotypes of “Latin American art” by engaging with technology as his principal material for over a decade. His work notes the playful and entertaining aspects of interactive art, while remaining complete conscious that these same technologies are being used for surveillance purposes. (Lozano-Hemmer is currently associate faculty at Harvard’s Graduate School of Design, so I’m excited that he’ll visit Boston and Cambridge throughout the year.) In general, technology and dematerialized artworks make the exchange and transportation of artworks easier and more economical. In Permission To Be Global/Practicas Globales, Eugenio Dittborn’s Airmail painting is a precedent for the net artworks of today. Beginning in the 80’s, during Pinochet’s dictatorship. Dittborn sent artworks created on paper, folded into mailing envelops, abroad to collectors and exhibition venues. He appropriated the official mail systems for the distribution of his often subversive messages.

SC: Recently, Latin America Art is gaining more and more interest , isn’t that a positive result of globalization?
LM: When globalization provides deep and meaningful engagements with Latin American art, rather than superficial instances of consumerism, I think it’s a positive result. The work of CIFO, Ella Fontanals-Cisneros’ non-profit organization, is a wonderful example of deep engagement with Latin American art through the curated exhibitions they produce, which provide the public with an educational opportunity. By partnering with the MFA, an institution dedicated above all to education, we hope to provide to broaden the audience for this art even further.

SC: What is the future of Latin American Art?
LM: It’s a future where artists themselves drive the definitions of their work and their identities, as well as the contexts in which their art is exhibited.

This article is published on Wall Street International Magazine. 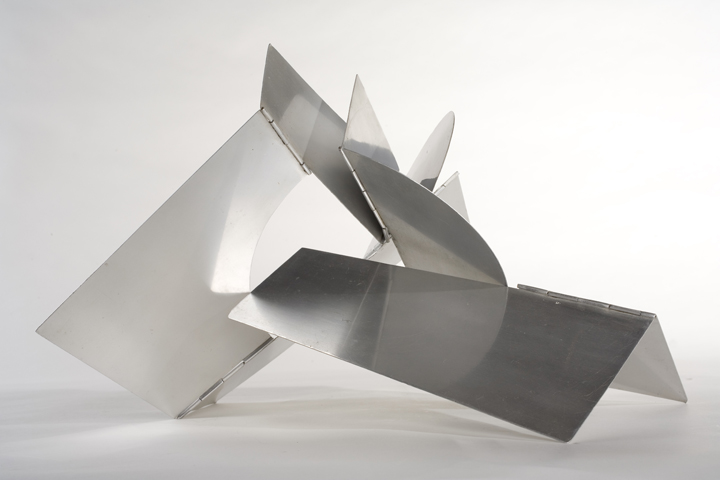 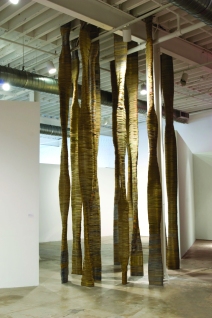 Lilliana Porter, Dialogue with him

Priscilla Monge, No debo perder la cordura (I Should Not Lose my Sanity) 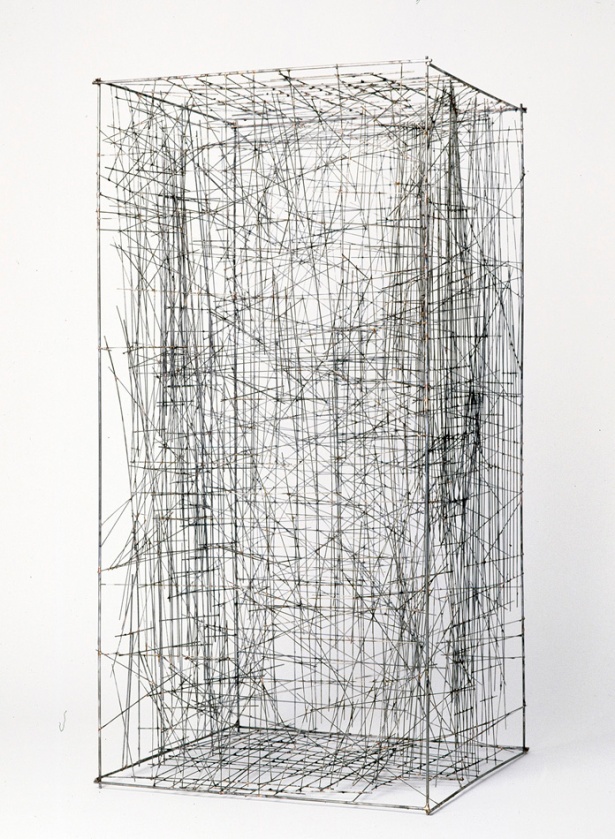 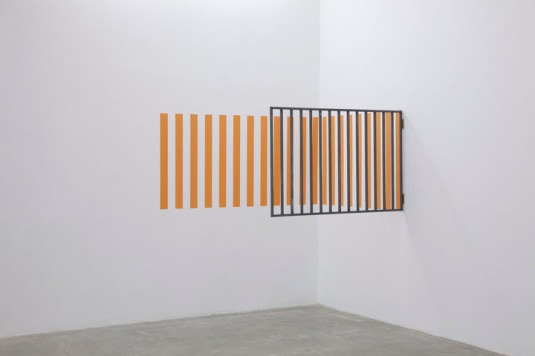